Jonathan Flanagan is a Los Angeles-based comedian, writer, and actor. He is best known for his stand-up comedy appearances that deliver a unique style of alternative and mainstream comedy which stem from the start of his career in improv at UCB, IO West, and Second City.

As a touring comedian, Jonathan has graced international stages – most recently, the Edinburgh Fringe Festival with other major performances at the San Francisco Sketch Fest, Gilda’s Laugh Fest, The World Famous Comedy Store, and Ice House Pasadena where he hosts “Trigger Warning: LA’s most and least offensive comedy show.”

Jonathan has appeared in feature films including And then there was Eve and The Fun House Massacre, viral video content for Buzz Feed & Best LA, and commercial spots alongside Oakland Raiders Quarterback, Derrick Carr and the fastest-growing Napa Valley Winery – ONEHOPE wine. 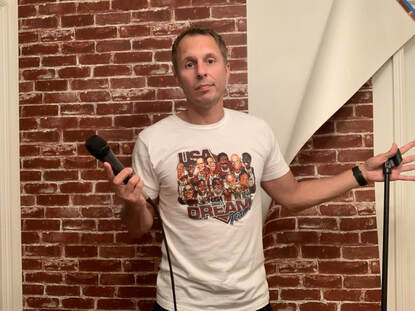